Brown Suga: This week we have Jessica, a beautiful girl with an amazing booty and an insatiable appetite for her BF's cock. She was in the process of folding her laundry when her BF crept behind her and grabbed her big ass. He persuaded his GF to give him a bj on cam which led to an all out sex-tape. He relentlessly fucked Jessica's tight pussy all over the couch and then blasted his jizz on her perky tits. So Dirty: Haylee Wynters got upset that her boyfriend did not put the clean dishes away. She was ranting on about it when he came in. He calmed her down and was able to convince her to put them away for him after he pounded her pussy. She sucked and fucked his cock and got that load of man juice all over her pretty face. Licking Leah: Brad was driving to his dads place with his smoking hot gf Leah who was rocking her cute nerdy glasses. He had the camera out and started recording her while he drove. He started asking her if she brought her cute bikini and if she could just show him a lil something. She was hesitant at first but then took out her perky delicious pierced titties for him to check out. She totally got into it and started really giving him a show while she fingered herself. She then started giving him a sloppy handjob that led to an even sloppier blowjob once they pulled up to the garage. Don't miss one second of this hot ebony beauty going off on his hard cock till she gets a fat load of nut all over her pretty face, so hot! Sweetest Sin: This guy couldn't let his girl finish up her chores and tidy up around the house. He was out there trying to get footage of some raccoon who was terrorizing their garbage bins at night and as he passed by the glass door of their bedroom he stopped cold and kept filming his girlfriend in the tight little grey shorts she always wears to work around the house. She was making the bed and he interrupted her so they could get frisky. She eventually got horny herself and they got into it. The made a mess of the newly washed bedding and she had to start from scratch and throw them right back into the wash. With an ass like hers I don't think anyone would expect any other outcome. Banging Heart: Logan was at home and spotted his hot ass girlfriend coming home so he took out his camera to record her. She was carrying the groceries and looking really cute in her tight small dress. It was really easy for him to pull it up a bit and show off her awesome thick ass. She was totally into it and before long was showing off all her twerking moves with her booty bouncing all around. She then started playing with her already wet pussy which lead her to want to suck down some dick. After she finished slobbing on his cock she bent right over to take a good pounding as he slid right in her pussy. Don't miss one moment of this fine ebony hottie getting her fat booty smashed as she waits for a huge man juice filled facial. 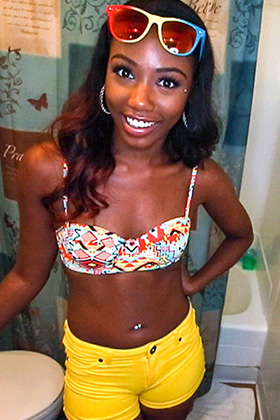 Show all movies with Chanell Heart

Show all movies with Leah Lane

Show all movies with Haylee Wynters

Show all movies with Jessica Yayo

Show all movies with Ashley Sin (i)

Show all movies with Danny Mountain

Show all movies with Brad Knight 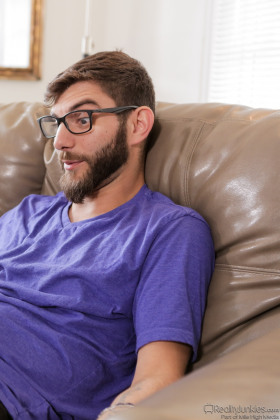 Show all movies with Logan Long

Show all movies with Alex Davis
to top