WildKatt is warming up for her wrestling match when to her dismay her opponent seems late. But hey there is someone else in the room: Sasha, who stands 5'9" and 190lbs of pure beefy female power! In she walks and towers over the WildKatt to say hello and that she will wrestle her. And so the match begins . . . WildKatt in her great experience in wrestling helps Sasha to learn the ropes and it is quickly seen that Sasha is a very fast learner. Watch the girls as they tussle around on the mats, WildKatt going topless and feeling for Sasha's huge breasts all the time! Wildkatt is topless now and loves to show Sasha how proper breast smothering is really done, along with face sitting and tickling. WildKatt loves dominating men and women so this is definitely her expertise. Watch as she keeps thrashing Sasaha on the mats. One thing leads to another, which leaves Sasha whirling between loving this and hating that. Sasha finally is learning the tricks and ropes of female wrestling and begins to breast smother the Katt with her humongous tits! Katt says that's enough of that and once again the girls are at each other on the mats. Then Sasha says "Enough of this wrestling, let me worship your muscles," so muscle worshipping begins. Then the Katt does what she does best and starts to dominate Sasha and brings out her dildo and there is awesome dildo play. 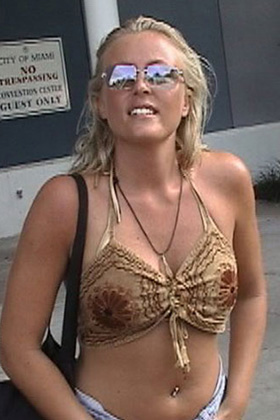 Show all movies with Sasha

Show all movies with Wildkatt

UP TO 100€ INSTANT DISCOUNT

Learn ow to get them here
to top