Kimmy and her sister were out at lunch when conversation of her engagement came up. Kimmy was about to marry her baby-daddy and the only person she had ever had sex with. Her sister had done the same thing and recently divorced. Because of this, her sister thought it would be a good for Kimmy to fuck someone else before making this huge commitment. This was where Levi came in. He happened to be sitting at a nearby table and was the chosen one for this little experiment. Kimmy came over and explained the situation. Levi lit up when he saw this sexy, big-tittied, Asian beauty was a MILF. This, plus the fact the Kimmy's sister had seemingly disappeared, set the scene for what unfolded. They went back to Levi's place, and he made sure she got everything she might have missed due to her inexperience... including a creamy load of cum to the face. Kimmy agreed that she may have made a big mistake, as she fiddled with the engagement ring on her finger. We were on the beach looking for the perfect M.I.L.F and we definitely found her. Jaya seemed as if she was learning how to rollerblade so we offered her some assistance. Soon after the introductions, Jaya told us that she was trying learn in order to skate with her daughter. We couldn't believe that she was a mom; her tight, tanned body said otherwise. After a few sexual innuendos Jaya revealed that her husband wasn't fucking her at all so we took the opportunity to invite her back to our place. Hunter impressed Jaya with his huge mansion, and soon after with hard cock. She gave him an amazing blow job before taking his one eye whistle for a ride. After banging Jaya's tight pussy, Hunter blasted her face with an unbelievable amount of jizz. Today we bring you another crazy Hunter adventure! The catch of the day was a sexy Asian hottie. Her name was Alexiis and she was HOT! The Hunter went out to the local bar the night before and did what he does best-- what many of us can't even dream about; and that was bring a chick back home for some fun. She spent the night so she obviously wanted some cock and Hunter would never disappoint. She had the sexiest face, and BOOBS you wouldn't find on many Asian chicks. They were huge and those bad boys had us going! We took her out to tan by the pool and that bikini couldn't even hold those tits together. After a while of bullshitting and sipping on coconuts it was time to see what Alexiis hand in store for us. The Hunter had Alexiis pop those puppies and it was fucking awesome! Hunter gave those boobs the waxing and teared that little Asian pussy down!!! The Hunter and I were helping his aunt stock her beauty supply store while she was out running a few errands. The store was closed but we opened the door for a hot M.I.L.F. named Maxine, who desperately wanted to purchase a wig to disguise herself. She needed it to be able to evade her jealous ex-husband who didn't want her going out with her friends to any bars or clubs. Maxine was wearing a loose-fitting dress, but we could still see that she had curves in all the right places. We suggested that a wig on the bottom rack was the perfect one for her and when she bent over to reached for it we noticed that she wasn't wearing any underwear. Soon after finding the perfect disguise for Maxine, we persuaded her to go into the stockroom so we could see the rest of her amazing body. Hunter fucked Maxine all over the stockroom in as many positions that could be done in a chair. He eventually blasted her pretty face with his jizz, and then took a minute to admire his work before sending her on her way. Today Hunter went to the local park to check out Kira. He supposedly went 3 days earlier and saw her with no panties and looking rather available on the bench. So he thought he would try his luck and go back to the park see if he got lucky once again. So be it he did-- by finding Kira by herself once again without panties, sitting on the bench. So Hunter did what he always does and started to flirt with Kira. She was really open and you could tell she wanted some cock on lunch break. Hunter ended up convincing Kira to go back to his place and try some of that delicious pussy. And, my friends, Kira did not disappoint. This chick was wet as hell and a major freak! I met the Hunter at a local restaurant, where he was enjoying a cold one... and a couple of hotties sitting next to him. He decided to get up and speak to them, and they seemed like they were not interested on being the prey for this hunt. Then, as they were leaving, Charmane sneakily slipped her phone number and told him to call her in twenty minutes. She was a sexy Asian with a cute smile. She had a sexy rack and a juicy ass that the Hunter had his scope on. Sean called her and she quickly dropped by for some fun. She came over wearing a trench coat and a crafty smile. She came in and revealed a hot lingerie outfit underneath. She told us that she just wanted to fuck the Hunter and go. She even had a taxi waiting for her outside. What can we say? We loved her style. 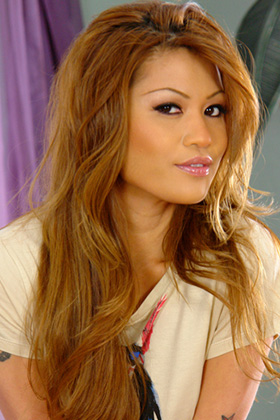 Show all movies with Charmane Star 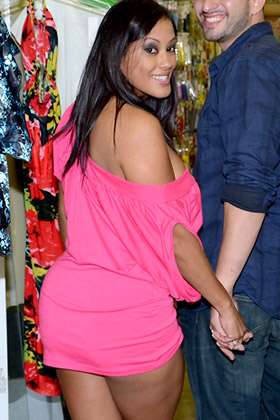 Show all movies with Maxine X 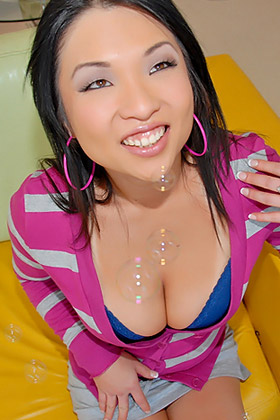 Show all movies with Mia Rider

Show all movies with Kimmy Lee (i)

Show all movies with Kira Lynn 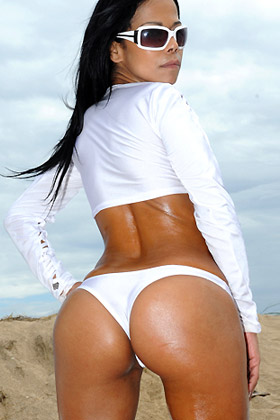 Show all movies with Jaya Storm

Show all movies with Levi Cash

Show all movies with Hunter

Show all movies with Sean Hunter

Show all movies with Jimmy Legend

Show all movies with Al-B
to top