To be a lil humper, you've got to be clever, cunning and willing to roll with the punches - which is exactly why Juan "El Caballo" Loco ends up in the beautiful, blonde and tall Cory Chase's luggage. Sneaky Juan hides in Cory's luggage and watches her go from dressed to naked, revealing every inch of her tanned, Goddess body. When Cory gets in the shower, little Juan jumps out of that luggage and rubs her thong all over his hard cock. And then he gets to humping. Cory discovers him, and makes the most out of the situation by proclaiming Juan as her house fuckboy. She opens her legs and Juan gets right in her pussy, licking and sucking away. After the fuck he cums all over her big titties. And then… back into the luggage he goes! Ricky Spanish only has one dream, and that's to be a professional lucha libre wrestler, to the point where he's decided to never take his mask off until he joins the professional circuit. With a tryout upcoming, Ricky is intensifying his workout routine in the hopes of making the cut, which his busty stepmom, Sybil Stallone, completely supports. When Ricky comes down for breakfast, he's wearing his mask with normal clothes, which enrages his father. When Ricky's father lunges at him, trying to remove his mask, Ricky avoids him by sliding through his legs and scurrying away. Later, Ricky finds Sybil in the middle of a workout, and she helps him through a series of exercises, testing his meek physical strength and culminating in a wrestling match where Ricky is pinned. Despite losing the wrestling match, Ricky's boner is obvious, and Sybil eagerly jumps all over it, leading to the ultimate unmasking right as his father returns. Lil Cupid Jordi has one job this Valentine's Day: to spread love with his magical arrows. In a failed attempt to reconcile angry Valentina Nappi and her clueless boyfriend, Jordi ends up turning his arrow on himself... what will Valentina do when she stumbles upon this horny Lil Cupid? London River has finally got herself a day off and she intends on spending it sipping some hot tea and enjoying a good book… oh, and maybe having an orgasm or two! Ricky Spanish, on the other hand, has just arrived early from college and with the house seemingly empty, he's got one thing on his mind… humping! Ricky humps his way across the house and eventually falls into the washroom where he feasts his eyes on his father's naked girlfriend. London's day off might be even more enjoyable than expected! ​Ricky Spanish is hired by Kenzie Taylor's husband to catch her in the act of cheating, but this Lil P.I's assignment is quickly derailed when the only thing he catches Kenzie doing is rubbing her sweet pussy! Sneaking inside her home to get a better look, (and a chance to hump her lingerie), Ricky gets caught by Kenzie, who decides to give her paranoid husband a reason to doubt her fidelity when she has her way with the peeping P.I! 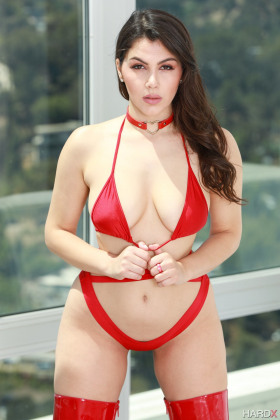 Show all movies with Valentina Nappi 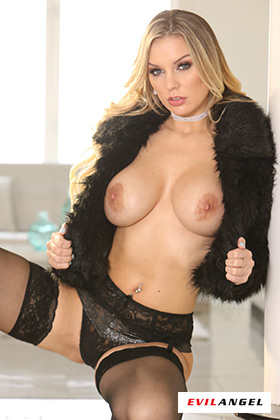 Show all movies with Kenzie Taylor 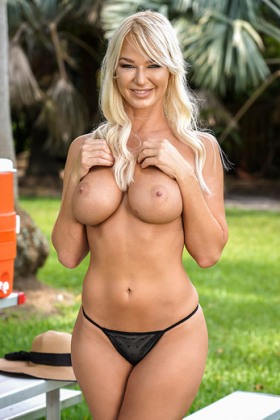 Show all movies with London River 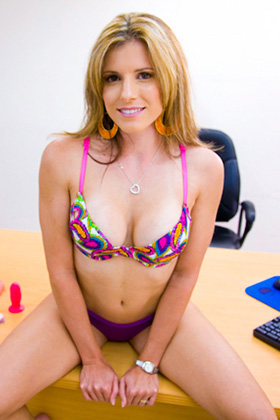 Show all movies with Cory Chase

Show all movies with Ricky Spanish

Show all movies with Sybil Stallone

Show all movies with Jordi El Nino Polla
to top