Getting Some Sexercise: Wanting to get into better shape, Latina hottie Cassie Del Isla hired a personal trainer and really enjoyed the one on one attention he gave her. As she did some squats, he put his hands on her body, correcting her form and turning her on. After a few exercises, she was stretching out on an exercise ball when he made his move, pulled his cock out, and put it in her mouth as she laid back. Cassie had been craving his dick ever since she first hired him so she was so into it she pulled him into her mouth and down her throat. The trim, sexy girl took her shorts off and sat on his face before spearing herself on his big dick. She worked up a sweat riding his cock and letting him fuck her in a few different positions until she lost control and came all over his hard dick. The hardcore workout came to an end when he fucked her from behind then sat her back on the exercise ball and shot his sticky load all over her small, perky tits. My Room Mate's Hot Girl: Alexa Grace stopped by her boyfriend's place but he wasn't there yet so his roommate let her in. Dressed in a crop top and some tight, very short shorts, the hottie looked amazing. She wanted to do a little workout while she waited, changing clothes right in front of him, then stretching out and doing some yoga. Chatting with her boyfriend's roommate turned to kissing then turned to him taking her sports bra off so he could suck on her nipples. The fit hottie got out of her clothes and sprawled out on the couch, letting him lick her shaved pussy. Her nice, round ass bounced and jiggled as she got on top and rode his big cock, cumming so hard she was dripping on his shaft. He had always wanted to bang her so he wasn't going to let this chance pass him by. He plowed that pussy in a few different positions making the hot blonde cum over and over again. They worked up a sweat as they slammed their bodies together before he pulled out and sprayed her body down with his massive load! Riding my Roommate: Summer Brooks looked hot in her sports bra and shorts as she stretched out and got in some exercise in the living room. She mid-stretch when her roommate came in and told her she was doing it wrong. He offered to show her how to properly do it, jumped in, and went very hands on with the blonde hottie as he helped her stretch out and relax. His hands on her body really turned her on so she leaned back, kissed him, and pulled her sports bra up so he could play with her small, perky tits. She had done her stretching, now she wanted to do some cardio, so Summer sucked his cock until he was nice and hard and rode his cock. He speared that pussy with long, deep strokes as he laid her on her back and fucked her before flipping her over onto all fours and hitting it from behind. She got on top and bounced on him like she was on a ride, cumming all over his dick. They worked up a sweat fucking hard then this workout came to a sticky end when he fired his load into her hungry mouth. Downward Doggy style: Petite, teen hottie Ashley Ocean was getting ready to do some yoga. While she got naked and put on her yoga pants and shirt, she had no idea the guy who was training her was watching the whole time. Once she was dressed, he came in and pretended like it was all normal while starting the class and helping her warm up. When they talked and he told her that he had recently broken up with his girlfriend, she decided to show her sympathy in the form of dropping to her knees and sucking his cock. The yoga was forgotten when he stripped her naked, put her face down on an exercise ball, and pounded that tight, shaved pussy from behind. She loves yoga, but she loves fucking more! Moving around the room, he hit it in a variety of positions, giving Ashley a workout that had her working up a sweat when she got on top and rode him. Her pussy felt so good he couldn't hold out and came inside her, giving this cute coed a sticky creampie! 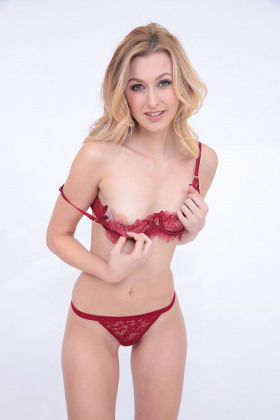 Show all movies with Alexa Grace 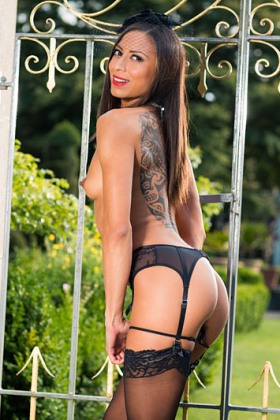 Show all movies with Romi Zuska 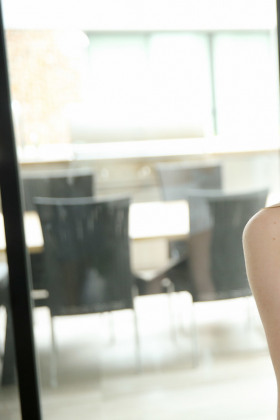 Show all movies with Summer Brooks

Show all movies with Ashley Ocean 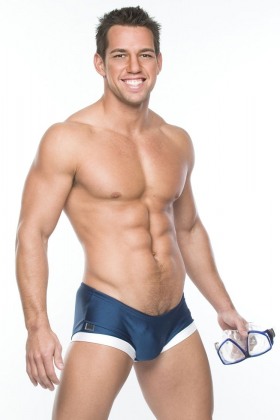 Show all movies with Johnny Castle

Show all movies with Lucas Frost
to top