Sierra is sunbathing at a club, relaxing. Rodney, the waiter, tells her that the club becomes private after 5, but she can stay if she abides by the rules. The first rule is that she has to be topless. The second rule is that she has to be bottomless. The third rule is that Rodney has to be bottomless too. Now he tells her that after 7 the club becomes a Masturbation Club. He demonstrates by stroking his own cock. She starts fingering herself and soon the waiter is offering her free cock in her mouth. She sucks him until he's hard and wet, and then takes him deep in her tight pussy. He fucks her and then gives her a Rodney Blast on her face and tits. Brooke is promoted to Vice President over her rivals Jack and Tommy. To pay them back for their sexist remarks and to show them who's boss, she makes them her Personal Sex Assistants. First she has them get naked and rub her feet. Then she wants to see them jerk their cocks. Once hard, she makes them let her suck their cocks. It seems she has a real taste for cock. She sucks them both until they cum on her face. Brooklyn's boyfriend won't fuck her with her big belly, so she finds a big black dildo and sucks and fucks herself with it. Kimber is cleaning the stripper pole after a crazy night at Rodney's club. While Rodney tells her about how one of his biggest earners just quit, he realizes that Kimber is just her size. When he tries to promote her from Janitor to Dancer, she tells him she's shy. Unconvinced, he has her try on one of the outfits. Soon he's giving her some personal training with both the stripper pole and his own hard pole. Stuffing his cock between those wide ass cheeks, he fucks her on the stage. Her big tits jiggle as he bangs her, so he has to bang those too. He fucks her hefty rack and then gives her a dripping monster facial. Maddy comes out of the shower only to find that her Secret Lover, Rodney, is waiting for her. Her husband could be home at any moment, but she agrees that there's time for some fun. She puts on her collar and leash and he leads her to his cock. She sucks it until it's hard, wet and ready for her pussy. He gives the big girl a big, strong fuck followed by a sticky monster facial. 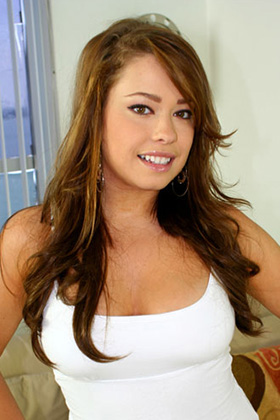 Show all movies with Brooke Scott 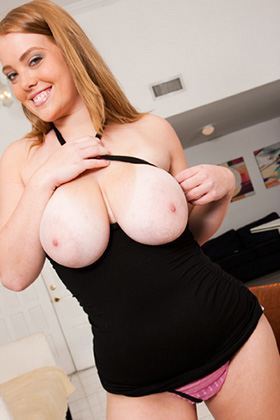 Show all movies with Sierra Skye 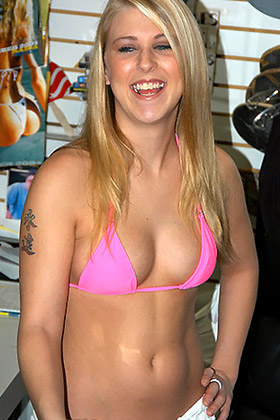 Show all movies with Brooklyn

Show all movies with Voluptuous Maddy

Show all movies with Kimber Dean

Show all movies with Rodney Moore

Show all movies with Jack Fountain

Show all movies with Tommy Hunt
to top