International spy agency, CRISIS, ran by Maxine and her promiscuous, wayward son, Stryker, save the world with one secret mission at a time. The team consists of sexy secret spy, Shawna, who happens to be Stryker's ex-girlfriend. She's currently dating Corbin, a spy-in-training. Chloe, the receptionist, is the horniest one of them all, who pines after Shawna too, and Craig, the brains of the operation is obsessed with his sex doll. The team must rally together to win over the chairman of the U.N. to secure a contract, but an undercover prostitute from another agency fucked him first! A failed mission leads Maxine to travel to Alaska, where she secretly bangs the head of the KGB who is also Stryker's father. Word gets out that Maxine's sex tape with KGB's Vlad is on the market. Stryker and Shawna are on a mission alone to get the tape and save CRISIS from going under, until they get back to their kinky ways.

Show all movies with Eva Carrera 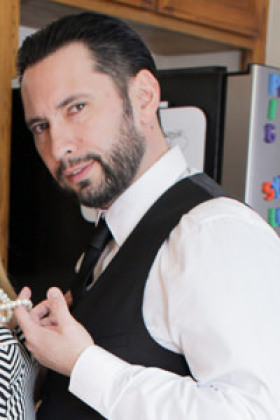 Show all movies with Tommy Pistol

Stay at home and save 15% off eveyrthing!