Brunette Stephanie is twenty-eight years old and 5' 6" tall with lovely, all natural and perky nippled size 34 B breasts, a golden complexion and pretty pouty lips. Stephanie says her legs and shiny brunette hair are her best assets ... but we think her strong, snapping orgasms are some of the best we've seen! When we first meet this very pretty brunette, she is sitting on the bed taking off a purple t-shirt. Beneath the shirt, Stephanie is wearing a purple and white polka dotted bra. Stephanie lies back on the bed, hikes her skirt up and reveals the matching purple and white polka dotted panties. She licks her fingers and slips a hand into her panties. Next she peels off the skirt, gently rubbing her breasts and her pussy through the pretty panties before pulling them aside and showing off her shaved bits. She peels off the panties and slowly finger rubs her clit, occasionally inserting a finger two into her vagina, too. After a moment of finger play, Stephanie reaches behind her pillow and pulls out a pink heart shaped vibe and she knows just where to put that toy. In between pants and hip raises, Stephanie increases the power on the toy which makes her softly moan, as she says, "yeah" softly. In total ecstasy, Stephanie cums - but she pulls her legs together then opens them again so we can just catch a glimpse of the end of her contractions - and they are nice. Love her tan lines and perky eraser nipples. Stephanie takes a few moments to recover and stroke her body. Stephanie is wearing a hot pink lacy panty and bra under a blue and white polka dotted cardigan. She pulls her bra cup down to release a breast and fondle it. She reaches a hand down to her crotch, touching her pussy, then pulls her panties aside, moistens her fingers and strokes up and down on her clit. She also plunges two of her fingers into her pussy and smears the juices all around. Stephanie peels off the panties revealing her shaved pussy. Stephanie is very fond of the heart-shaped vibe, and she uses it again in this sexy scene. Stephanie works the tip of the vibe all around on her clitoris, rocking her hips. She reaches her hand back down to her cooch, with the toy buzzing, and inserts a finger inside, too. Her thighs begin to quiver and she softly pants and whimpers. As her moans become more rhythmic a fantastic set of orgasm contractions take hold of her pussy! What a nice, strong, snapping orgasm! Stephanie turns off the toy and presses her fingers into her clit as she recovers. Stephanie is lying on white sheets wearing a hot pink strapless bra and hot pink panties. She fondles her natural breasts, arousing her nipples into perky little erasers. As she moves her hand down to her pink panties, we alternate to a close up view directly between Stephanie's legs. Stephanie plays with her pussy and clitoris through the panties, warming up for a bit, before peeling off the panties. We are now seeing Stephanie's shaved pussy in closeup view as she inserts a finger or two, pulling back on her mound while pressing and rubbing on her clit. Still in closeup view, Stephanie fires up the baton vibe and starts to work that toy on her clitoris. Firmly pressing the toy high and into her clitoris, Stephanie's legs begin to quiver and then we hear her moan, followed by a soft, "Oh my god" and "ahhhh" as she has an incredibly nice orgasm - with a nice little squirt, too! Stephanie rides this orgasm all the way, then turns off the toy and recovers. We switch back to full body view as Stephanie pulls on those hot pink panties! Stephanie is wearing very sexy and very pretty black lingerie lounging on the bed. The camera is position right between her legs, but catching the view of her full body. Stephanie removes the black bra (yep, she still has those perky nipples) and slips a hand into her panties before stripping out of those. Stephanie licks her fingers and applies some saliva to her pussy, firmly pressing into her clitoris and fingering herself. Stephanie grabs the black baton vibe and gets busy toying her pussy with the powerful toy. Stephanie keeps things moist down there and very quickly, we can see her anus twitching as she gets ready to cum. She rocks her hips up, throws her head back into the pillows and her inner thighs quiver. Stephanie gets really close to cumming, then quickly pulls the toy away because she doesn't want to cum too quickly. The little break isn't for long and she puts the toy back in place. Next we hear a soft moan and then wham-o! Stephanie rocks out an incredible, strong, contracting, pussy popping orgasm that she rides and rides for as long as she is able. She clutches her breasts and gently rubs her body as she recovers from that orgasm. Stephanie lies back and pulls on her panties. The next scene is a closeup view of Stephanie's shaved pussy as she receives the hands on treatment from the cameraman. He is working the black baton vibe up high on her clitoris, which seems to be her favourite spot. He is helping Stephanie to exorcise her demons in this scene. Her hips are immediately rocking up and down and she enjoys the play as she told us she likes to be dominated and subjected to the mercy of her lovers. Very softly, Stephanie begins to moan and her pussy is puffing and twitching as he rolls the toy over her hard clitoris. Her pants become louder and she lets out a long moan and an ohhhhhhh - and then bam! A nice series of incredibly strong and incredibly quick snapping, pulsing contractions take hold of her pussy. (Length: 39 minutes) 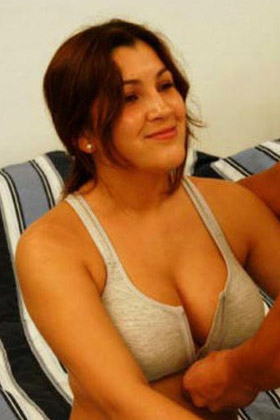 Show all movies with Stephanie
to top